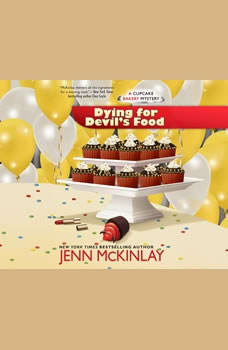 Melanie Cooper has zero interest in catering her fifteen-year high school reunion, but Angie insists its only right that they bask in the success of Fairy Tale Cupcakesand Mels engagement to the delicious Joe DeLaura is the cherry on top! Everything is going better than expected until Mels high school nemesis picks a fight. No longer willing to put up with Cassidy Haverss bullying, Mel is ready to tell the former homecoming queen to shut her piehole and call it a night. But as Mel and Joe prepare to depart, Cassidy is found dead in the girls bathroom next to a note on the wall that points right to Melmaking her the prime suspect. Now Mel must follow the clues to find the real killer and keep her reputation from being frosted for a crime she didnt commit.