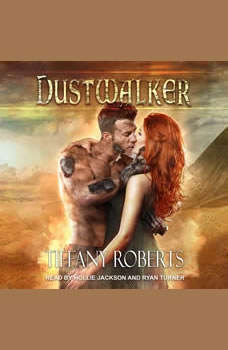 Walk. Scavenge. Destroy. Trade. A simple cycle that's suited Ronin for one hundred and eighty-five years. With no clear grasp of his programming, the barren wasteland known as The Dust offers him purpose, a place where his armored undercasing, amped-up processors, and advanced optics can be put to use. The ramshackle towns on the edges of the waste serve merely as resupply stations between increasingly long treks. But one night—one human woman—makes him question everything. Lara Brooks struggles to survive under the strict rules imposed by the bots in Cheyenne. With her sister missing, she's been on her own for weeks, and fears the worst. Her only hope comes from Ronin, a bot she catches spying on her. He promises to provide for Lara and search for her sister. All she has to do is dance. It should be easy; she's done it before. But the longer she spends with Ronin, the harder it is to see him as just another bot. In a city where humans are relegated to live in squalor, Ronin discovers a threat greater than any in the Dust—Warlord, Cheyenne's tyrannical leader. When Ronin ignores the rules, he unwittingly puts Lara in danger. Warlord is as intolerant of disrespect as he is of mankind. Contains mature themes.