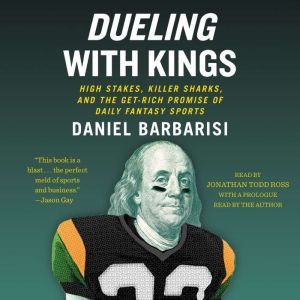 As Bringing Down the House did for card counters and Positively Fifth Street did for poker players, Daniel Barbarisi does for Daily Fantasy Sports fans in this leap down the rabbit hole of America’s latest obsession.Daniel Barbarisi quits his job as the New York Yankees beat writer for The Wall Street Journal and begins a quest: to join the top one percent of Daily Fantasy Sports (“DFS”) players, the so-called “sharks,” and figure out whether DFS is on the level—while maybe cashing in along the way. DFS is fantasy sports on steroids. It’s the domain of bitter rivals FanDuel and DraftKings, online juggernauts who turned a legal loophole into a billion-dollar industry by allowing sports fans bet piles of cash constructing fantasy teams. Yet as Barbarisi quickly realized, what should have been a fun companion to casual sports viewing was instead a ferocious environment infested with sharks, a top tier of pros wielding complex algorithms, drafting hundreds of lineups, and wagering six figures daily as they bludgeon unsuspecting amateur “fish.” Barbarisi embeds himself inside the world of DFS, befriending and joining its rogue’s gallery as he tries to beat them at their own game. In a work equal parts adventure and rigorously reported investigation, Barbarisi wades into this chaotic industry at the very moment its existence is threatened by lawmakers sick of its Wild West atmosphere and pushy advertising. All their money made FanDuel and DraftKings seem invincible; but, as Barbarisi reports, they made plenty of dubious—perhaps even scandalous—moves as they vied for market supremacy. In Dueling with Kings, Barbarisi uncovers the tumultuous inside story of DFS, all while capturing its peculiar cast of characters, from wide-eyed newly minted millionaires, to sun-starved math geeks, to bros living an endless frat party of keggers and Playboy Bunnies. Can he outwit them all and make it to the top? 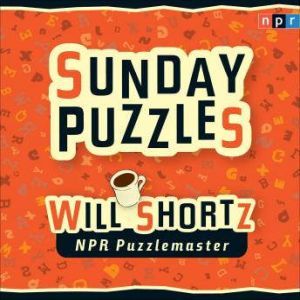 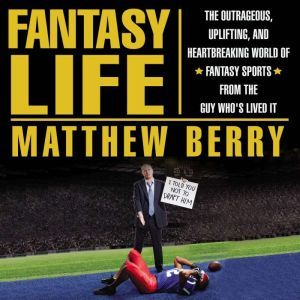