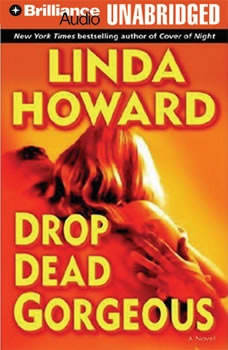 Blair Mallory, last seen in To Die For, has already survived one murder attempt. Now, while planning her wedding and dealing with holiday-season madness, Blair once again dodges a bullet. Or, more precisely, a Buick. And though the driver’s identity remains a mystery, his or her murderous intentions are all too clear.Or are they? After all, Blair’s homicidal ex-husband and his partner-in-crime/wife are safely behind bars. And even Wyatt Bloodsworth, Blair’s police detective groom-to-be, isn’t inclined to believe she’s being targeted again. All of which makes Blair wonder if her close call was simply a mishap. But the wondering stops when she narrowly cheats death again in another seemingly innocent accident. Two strikes is all it takes to convince Blair that she’s back in someone’s crosshairs. And the only thing more frightening is that Wyatt still doubts her. That means this time no one will be watching Blair’s back when she sets out to get the drop on her would-be killer—before whoever it is finally drops her.

He is an expert with the latest technology . . . a madman with the mind of a genius and the heart of a killer. He quietly stalks his prey. Then he haunts the police with cryptic riddles about the crimes he is about to commit - always solved moments ...

Twenty-seven-year-old Kristi Bentz is lucky to be alive. Not many people her age have nearly died twice at the hands of a serial killer, and lived to tell about it. Her dad, New Orleans detective Rick Bentz, wants Kristi to stay in New Orleans and o...

The bestselling author of Hide and Gone draws us into the venomous mind games of a terrifying killer. Come into my parlor . . . For Kimberly Quincy, FBI Special Agent, it all starts with a pregnant hooker. The story Delilah Rose tells K...

Technology has advanced in 2060 New York City, but childbirth has been the same since the beginning of time. And despite the brutal double homicide on Lieutenant Eve Dallas’s caseload, she has to be there for her pregnant friend Mavis, even if...

Didn't even finish the book! Usually love Linda Howard but just didn't like this main character.