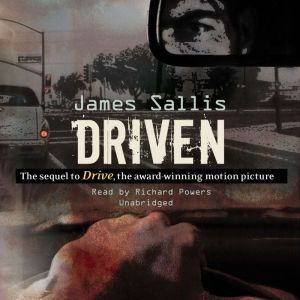 Driven is the sequel to Drive, now also an award-winning film. As we exit the initial novel, Driver has killed Bernie Rose, "the only one he ever mourned," ending his campaign against those who double-crossed him. Driven tells how that young man, done with killing, later will become the one who goes down "at 3 a.m. on a clear, cool morning in a Tijuana bar."   Seven years have passed. Driver has left the old life, become Paul West, and founded a successful business back in Phoenix. Walking down the street one day, he and his fiancee are attacked by two men and, while Driver dispatches both, his fiancee is killed.   Sinking back into anonymity, aided by his friend Felix, an ex-gangbanger and Desert Storm vet, Driver retreats, but finds that his past stalks him and will not stop. He has to turn and face it.
Recommended