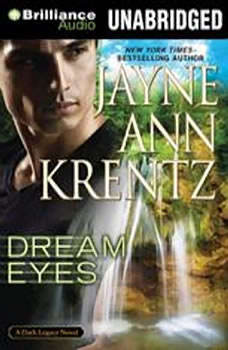 Gwen Frazier is no stranger to ghosts. She sees them in pools of water, windows, mirrors—any reflective surface—at the scene of violent deaths. But finding justice for the dead is something she’s not trained to do and a luxury she can’t afford. What pays the bills is her work as a psychic counselor who sees auras and interprets dreams.The death of her friend and mentor, Evelyn Ballinger, brings Gwen back to the small town of Wilby, Oregon, and brings back memories she would rather forget. Two years ago, a killer stalked the members of one of Ballinger’s research studies—including Gwen. She survived, but two others didn’t, though the deaths were attributed to natural causes. The apparent suicide of the killer closed the case, yet Gwen knows otherwise. And now, she’s a suspect.Enter Judson Coppersmith—a man of startling power and disturbing energy. Sent by a friend to help Gwen, the psychic investigator arrives in Wilby barely in control of his own talent and his own life, haunted by urgent dreams. His attraction to Gwen is primal, but there are secrets he must keep to protect himself from surrendering to her completely.As their investigation into deaths past and present draws them ever closer to danger, Gwen finds herself going too far—into dreamscapes, into decades of deception, and into the fires of a desire too strong to resist.…