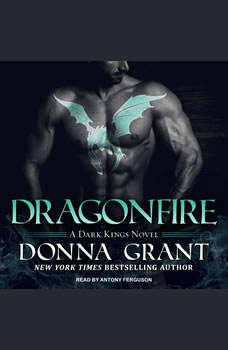 It was a soul-deep longing, one that got into his bones and settled there, sending whispers of desire through him. The need, the hunger, grew tenfold with every breath . . . As a Dragon King, Roman is sworn to protect all mortals—even though they no longer believe in dragons. But deep in the Carpathian Mountains, he discovers a beautiful and mysterious gypsy who possesses the power to see into his very soul. To reignite the fire in his heart. And to help him find the long-lost sword that could save the dragons forever . . . Sabina remembers the stories her grandmother told her. Legends of dragons and kings, fire and ice. And she's never forgotten the dark prophecy that filled her ancestors with fear—a fate they tried to prevent by stealing a Dragon King's sword. Sabina knows that helping Roman is dangerous. He is a dragon betrayed, and more powerful than any man. He could destroy her in a single fiery embrace. But how can she resist the longing in his eyes—or the feelings in her heart—when their destinies are bound by desire? Contains mature themes.