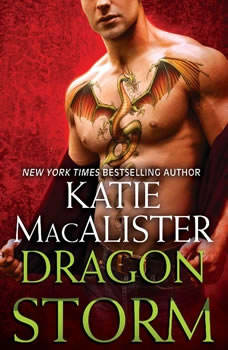 TURN ON THE CHARMAccording to some (including himself), Constantine is one of the greatest heroes of dragonkin who ever lived. Too bad he's now lonelier than ever and his biggest adventure involves a blow-up sheep-until he has an opportunity to save his kind once again. All Constantine has to do is break into a demon's dungeon, steal an ancient artifact, and reverse a deadly curse. The plan certainly does not involve rescuing a woman . . . TURN UP THE HEATBee isn't sure whether to be infuriated or relieved when Constantine pops up in her prison. The broody, brawny shifter lights her fire in a way no one ever has before, yet how far can she really trust him? Their chemistry may be off the charts, but when push comes to shove, Constantine will have to make a crucial choice: to save the dragons or the woman he's grown to love with fierce intensity.

New York Times bestselling author Gena Showalter returns with a sizzling Angels of the Dark tale about a winged warrior renowned for his ruthlessness, and the woman who becomes his obsession…. A tormented past has left Thane with an insa...

Hungry for You
by Lynsay Sands

"DRAGON SOUL is one entertaining read full of great characters and emotions. ...Katie MacAlister proves why she is on this readers auto buy with this latest book. It had me laughing out loud at times and betting on love at others." --Fresh Fiction,...

Eternal Obsession Though centuries have past since Thronos, Lord of Skye Hall, lost the one woman meant for him, nothing can cool his never-ending need for Melanthe. She was the girl he loved and lost as a boy, the girl who nearly destroyed him. ...