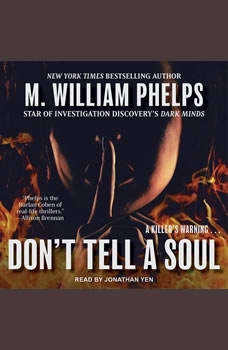 Cherry Walker was a devoted, trusting, uncommonly innocent young woman who loved caring for a neighbor's little boy. But when she was asked to testify in court against his abusive mother, Cherry never got the chance. She couldn't lie if her life depended on it—and it did. Cherry's body was found on the side of a Texas road, after being doused with lighter fluid and set aflame. Attractive, manipulative, and violent, mother of four Kim Cargill had a wealth of dirty secrets she'd do anything to keep hidden. This in-depth account by bestselling investigative journalist M. William Phelps takes you inside Cargill's shocking trial and into the mind of one of the most conniving female psychopaths in recent history.