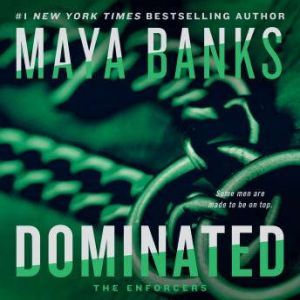 The desire that exploded in Mastered continues its conflagration in Dominated—from the New York Times bestselling author of the Surrender Trilogy.To save her, he had to betray her.…In Drake’s shadowy world, his enemies would exploit any weakness he had in order to bring him to his knees, and so he’s never allowed himself to care about anyone…never exhibited any vulnerability, and it made him a force to be reckoned with. Until Evangeline—his angel. A woman who slipped past his defenses like no one had ever managed. She was his to protect and ultimately, to do that, he had to do the unthinkable and drive the only good thing in his world away.But he will stop at nothing to get her back.…Devastated and destroyed, Evangeline doesn’t know what made Drake turn on her in such a shocking manner. She only knows she’ll never be the same. He once freed her from all her inhibitions, only now she is a prisoner to never-ending pain. But when Drake finds her again, she realizes there is more to his world than she ever imagined, and she must decide if she can once more trust—and submit—to the man who holds her wounded heart in his hands. And he must convince her of just how far he’ll go to regain her love and forgiveness. 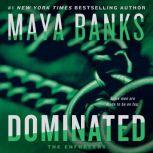 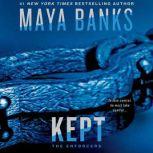