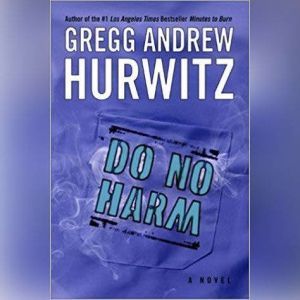 Someone is stalking the UCLA Medical Center—a depraved madman who is preying upon the staff, particularly those who are young and female. No stranger to the terrible ravages of senseless violence, E.R. Chief Dr. David Spier must keep the emergency room running smoothly and efficiently, even as his terrified co-workers wonder who will be the next victim. But when the monster himself is dragged into the E.R. in handcuffs—hideously burned, suffering, and begging for mercy—the nightmare is far from over...it has only just begun. A single act of humanity is about to unleash a bloody wave of horror that threatens to engulf everyone and everything Dr. Spier cares about. His most sacred oath as a healer has become a death sentence—for David Spier...and for a city under siege.