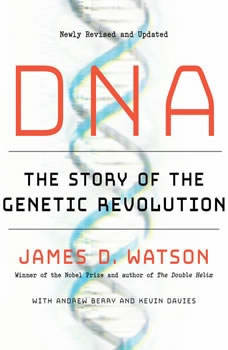 DNA: The Story of the Genetic Revolution

The definitive insider's history of the genetic revolution--significantly updated to reflect the discoveries of the last decade.

James D. Watson, the Nobel laureate whose pioneering work helped unlock the mystery of DNA's structure, charts the greatest scientific journey of our time, from the discovery of the double helix to today's controversies to what the future may hold. Updated to include new findings in gene editing, epigenetics, agricultural chemistry, as well as two entirely new chapters on personal genomics and cancer research. This is the most comprehensive and authoritative exploration of DNA's impact--practical, social, and ethical--on our society and our world.