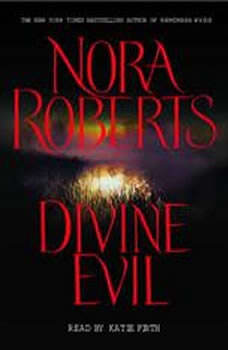 Bestselling author Nora Roberts dazzles once again with a powerful tale of passion, murder, and small-town scandal. In this classic novel, a woman returns to the home she left behind, to a past that is waiting to kill her....

A decade ago, sculptor Clare Kimball fled Emmitsboro, Maryland, to take the art world by storm. Now she’s celebrated as the artist of her generation. But no amount of success can eclipse the nightmares that haunt her—or the memories of her father’s suicide. Just as her star is shining brighter than ever, Clare leaves it all behind to face her demons.

Emmitsboro sheriff Cameron Rafferty loved Clare from afar all through high school. Now that she’s back, they form a bond that grows stronger each day—fueled by an attraction that’s been simmering for years. But Clare’s past soon rises up with a vengeance, rocking the town with a sinister murder that is clearly linked to her return. As an investigation gets under way, Clare and Cameron will learn that evil can linger anywhere—even in those you love and trust the most. But it’s a discovery that may come too late to save them.…