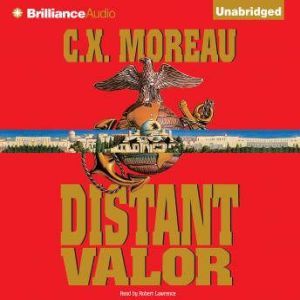 For Sergeant David Griffin, a "peacetime" Marine, Beirut was a chance to prove himself capable to the generation of Marines who had been blooded in the Vietnam War. For Corporal Steven Downs, Beirut was a struggle to separate the civilian from the soldier, his distrust of the politicians' decisions from the military mission. For all the Marines serving in Lebanon, it was another war in a foreign country where the enemy could be anywhere or anyone. Faced with Griffin's court-martial for engaging the enemy against orders, these two young men find themselves questioning their faith in themselves, their commanders, and eventually that which above all else they must have faith in, the Corps. Distant Valor tells the story of the United States' ill-fated mission to end the war for Lebanon, which ended in the barracks bombing that killed nearly 300 Marines.