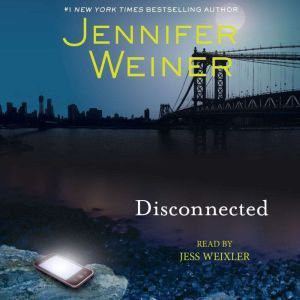 From #1 bestselling author Jennifer Weiner comes a haunting tale of addiction and obligation, secrets and redemption. Now available on CD and as an audio download for the first time!Shannon Will is nearing thirty and has already made six trips to rehab (not that anyone’s counting). But this time, she swears, will be different. She’ll clean up her act, go to meetings, find a sponsor, and make a clean break with her past—starting with a new phone number. But old ties aren’t so easy to sever. When Shannon’s new phone starts getting messages she was never meant to see, Shannon has to decide whether to risk getting involved, or stay safely disconnected. Gripping, suspenseful, and smart, Disconnected is a riveting tale of addiction and obligation, secrets and redemption.