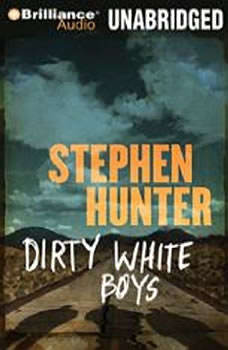 Lamar Pye has escaped from Oklahoma State Penitentiary, accompanied by his idiot cousin and a vicious but cowardly artist. To have stayed in prison was certain death, but his chances on the outside are not much greater: his excesses know no bounds - one killing follows another. But one murder brings his nemesis upon him: Bud Pewtie of the Highway Patrol loses his partner in a blood-soaked shoot-out with Lamar, and from that moment on, nothing will stop him from getting even.

The bestselling novel featuring the “wonderfully epic hero” (People) who inspired the hit film Jack Reacher.  Across the country women are being murdered, victims of a disciplined and clever killer who leaves no trace evidence,...

The Cold Moon
by Jeffery Deaver

Lincoln Rhyme returns in a heart stopping new thriller from the author of The Twelfth Card On a freezing December night, with a full moon hovering in the black sky over New York City, two people are brutally murdered -- the death scenes marked b...

CIA director Thomas Stansfield is dead -- and many individuals in the nation's capital are pleased to hear. However, their happiness is short-lived because Stansfield's successor -- his protégé Dr. Irene Kennedy -- plans on pursuing Stansf...

The Reversal
by Michael Connelly

Longtime defense attorney Mickey Haller is recruited to change stripes and prosecute the high-profile retrial of a brutal child murder. After 24 years in prison, convicted killer Jason Jessup has been exonerated by new DNA evidence. Haller is convi...