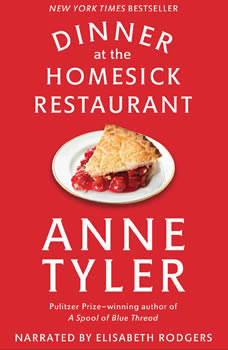 Dinner at the Homesick Restaurant

Pearl Tull is nearing the end of her life but not of her memory. It was a Sunday night in 1944 when her husband left the little row house on Baltimore's Calvert Street, abandoning Pearl to raise their three children alone: Jenny, high-spirited and determined, nurturing to strangers but distant to those she loves; the older son, Cody, a wild and incorrigible youth possessed by the lure of power and money; and sweet, clumsy Ezra, Pearl's favorite, who never stops yearning for the perfect family that could never be his own. Now Pearl and her three grown children have gathered together again - with anger, hope, and a beautiful, harsh, and dazzling story to tell.