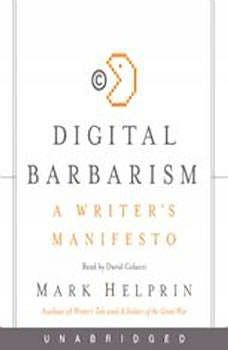 “A strange, wondrous, challenging, enriching book….Beautiful and powerful…you will not encounter another book like it.”—National Review online In Digital Barbarism, bestselling novelist Mark Helprin (Winter’s Tale, A Soldier of the Great War) offers a ringing Jeffersonian defense of private property in the age of digital culture, with its degradation of thought and language and collectivist bias against the rights of individual creators. A timely, cogent, and important attack on the popular Creative Commons movement, Digital Barbarism provides rational, witty, and supremely wise support for the individual voice and its hard-won legal protections.

A growing chorus of prominent voices in Congress and elsewhere are calling for the expansion of our Social Security system—people who know that Social Security will not “go broke” and does not add a penny to the national debt. Soci...