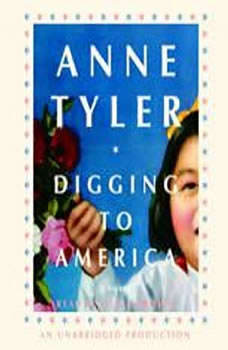 Anne Tyler’s richest, most deeply searching novel–a story about what it is to be an American, and about Iranian-born Maryam Yazdan, who, after 35 years in this country, must finally come to terms with her “outsiderness.”

Two families, who would otherwise never have come together, meet by chance at the Baltimore airport – the Donaldsons, a very American couple, and the Yazdans, Maryam’s fully assimilated son and his attractive Iranian wife. Each couple is awaiting the arrival of an adopted infant daughter from Korea. After the instant babies from distant Asia are delivered, Bitsy Donaldson impulsively invites the Yazdans to celebrate: an “arrival party” that from then on is repeated every year as the two families become more and more deeply intertwined. Even Maryam is drawn in – up to a point. When she finds herself being courted by Bitsy Donaldson’s recently widowed father, all the values she cherishes – her traditions, her privacy, her otherness–are suddenly threatened.

A luminous novel brimming with subtle, funny, and tender observations that immerse us in the challenges of both sides of the American story.