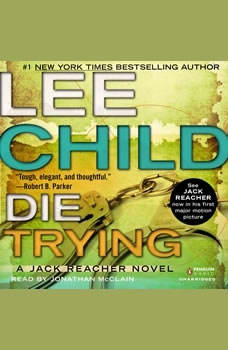 Jack Reacher is an innocent bystander when he witnesses a woman being kidnapped off a Chicago street in broad daylight. In the wrong place at the wrong time, he’s kidnapped with her. Chained together, locked in the back of a stifling van, and racing across America to an unknown destination for an unknown purpose, they’re at the mercy of a group of men demanding an impossible ransom. Because this mysterious woman is worth more than Reacher ever suspected. Now he has to save them both—from the inside out—or die trying.