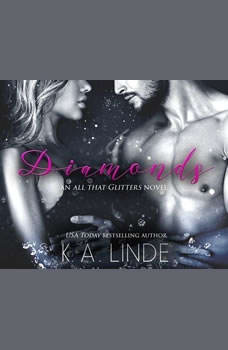 Series: All That Glitters

Bryna feels his eyes on her. Hot, seductive, enticing. He's at least ten years older than her seventeen years, and he knows exactly what he's doing to her with that look. Walking away would be the smart thing to do... But she can't. Not that first night when he takes her home and claims her body. Not when he shows up in her life again with expensive gifts to win her trust. Not even when she's falling for him, and everything else is falling apart... Find out how Bryna goes from golden girl to gold digger in this tantalizingly scandalous first book in USA Today bestselling author K.A. Linde's All That Glitters series.

All That Glitters Bundle

Diamonds
All That Glitters

Gold
All That Glitters

Emeralds
All That Glitters