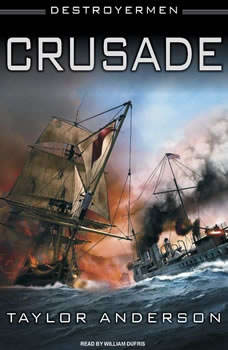 Lieutenant Commander Matthew Reddy, along with the men and women of the U.S.S. Walker, have chosen sides in a war not of their making. They have allied with the Lemurians—a mammalian race whose peaceful existence is under attack from the warlike, reptilian Grik. The Lemurians are vastly outnumbered and ignorant of warfare, and even the guns and technology of Walker cannot turn the tide of battle. Luckily, they are not alone. Reddy finally finds Mahan, the other destroyer that passed through the rift. Together, the two American ships will teach the Lemurians to fight and stand against the bloodthirsty Grik—or so they think. For there is another vessel that does not belong on these strange seas—the massive Japanese battle cruiser Amagi, the very ship that Walker was fleeing from when the rift took them. Like Mahan, it followed them through. And now Amagi is in the hands of the Grik.