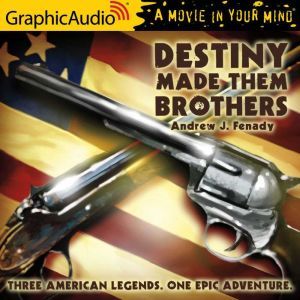 Destiny Made Them Brothers

They met on the battlefields of Vicksburg. General Ulysses S. Grant, George Armstrong Custer, and the Rebel Johnny Yuma. Three men united by fate—in a nation divided by war—they were dedicated to freedom, driven to extremes, and destined for greatness… Of the three, Johnny Yuma was the most elusive. A Confederate soldier during the war, he was about to play a key role in Grant's victory for the Union, Lee's surrender at Appomattox, and Custer's deadly campaigns in the West. With a ready finger on the trigger, and a steady aim on both sides of history, his life is the stuff of legend. But the truth has never been told—until now… The story of three heroic men—two Yanks, one Rebel—and the epic fight for America.