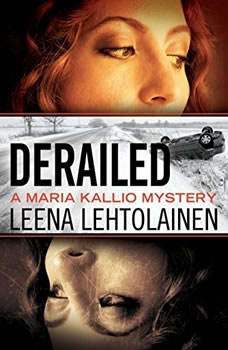 Detective Maria Kallio investigates a doping scandal turned murder in award-winning author Leena Lehtolainen’s pulse-pounding thriller.After surviving a terrifying assault during her last investigation, Maria Kallio traded in her badge for a comfortable desk job. But when the head of social affairs for the Finnish Athletics Federation is murdered—the victim of an apparent poisoning—Maria is drawn back into a race against more than murder. A series of crimes has unfolded, and to Maria’s trained eyes, they look like the makings of a conspiracy.As Maria follows the track to a doping scandal, a money-laundering scheme, domestic abuse, and explosive death threats leveled against a sports reporter, she collects the pieces of a baffling puzzle. Now, to run down the killer and save the next victim, all she has to do is make them fit.So far only one thing is for certain: Maria Kallio is rediscovering the thrill of the chase.

Below the Surface
The Maria Kallio Series #8