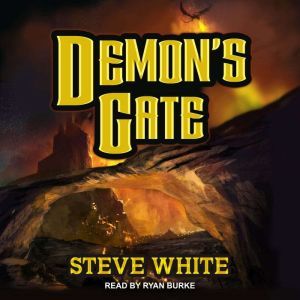 If the Demon Gate is opened, nothing can ever close it again . . . Valdar, heir to the throne of Dhulon, was in the fabled city-state of Schaerisa to pay his kingdom's respects to the recently deceased co-emperor. But then he ran into his old mentor, the sorcerer Nyrthim-who was supposed to be dead. The sorcerer's death had been faked so that he could be free to investigate tales that demons, once banished, were returning to the world. And unfortunately, the tales understated the danger. Once demons ranging from deadly imps to evil demigods had ruled the world. They had been cast out and confined to the nether world only with powerful sorcery, using spells long lost. Now someone is trying to summon the most powerful-and unspeakably dangerous-of these accursed creatures back to the world of men, hoping to conquer it through them. And unless Valdar and his companions at arms can thwart the plan, creatures evil beyond all human conception will return to rule the world. And this time, nothing will drive them back into the darkness. Instead darkness will rule the world forever . . .