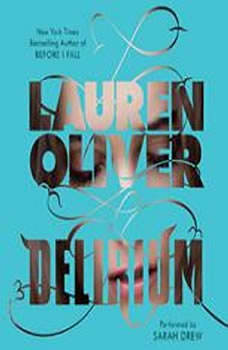 The first book in Lauren Oliver’s remarkable New York Times bestselling trilogy about forbidden love, revolution, and the power to choose.In an alternate United States, love has been declared a dangerous disease, and the government forces everyone who reaches eighteen to have a procedure called the Cure. Living with her aunt, uncle, and cousins in Portland, Maine, Lena Haloway is very much looking forward to being cured and living a safe, predictable life. She watched love destroy her mother and isn’t about to make the same mistake.With ninety-five days left until her treatment, Lena meets enigmatic Alex, a boy from the Wilds who lives under the government’s radar. What will happen if they do the unthinkable and fall in love?

A New York Times bestseller!What was once the western United States is now home to the Republic, a nation perpetually at war with its neighbors. Born into an elite family in one of the Republic's wealthiest districts, fifteen-year-old June is a prod...

Lois Lowry’s The Giver is the quintessential dystopian novel, followed by its remarkable companions, Gathering Blue, Messenger, and Son.Jonas's world is perfect. Everything is under control. There is no war or fear of pain. There are no choice...

"The hottest YA title to hit bookstores since The Hunger Games."--Entertainment Weekly This New York Times bestseller is perfect for fans of 1984, Brave New World, Black Mirror, and The Handmaid’s Tale.Cassia has always trusted ...

The second book in Lauren Oliver’s remarkable New York Times bestselling trilogy about forbidden love, revolution, and the power to choose.In this electrifying follow-up to Delirium, Lena is on a dangerous course that takes her through the un...

Complete your Divergent library with Four!Fans of the Divergent trilogy by #1 New York Times bestselling author Veronica Roth will be thrilled by Four: A Divergent Collection, a companion volume that includes four pre-Divergent stories plus three a...

Shatter Me
by Tahereh Mafi

The gripping first installment in New York Times bestselling author Tahereh Mafi’s Shatter Me series.One touch is all it takes. One touch, and Juliette Ferrars can leave a fully grown man gasping for air. One touch, and she can kill.No one kn...

One choice can destroy you. Veronica Roth's second #1 New York Times bestseller continues the dystopian thrill ride that began in Divergent.A hit with both teen and adult readers, Insurgent is the action-packed, emotional adventure that inspired th...