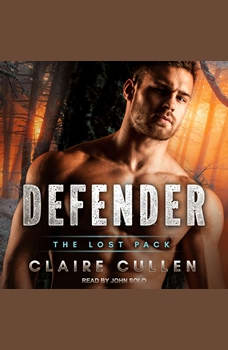 A mission gone wrong forces Brax's alpha team to become something more-a pack. In a world that no longer welcomes packs, it's all Brax can do to hold his team together. Four alphas without omegas is a recipe for disaster. And now that they're civilians, with the military watching their every move, it's not going to be easy to keep the truth about their pack hidden. Brax's most pressing problem is his buddy Duke's stolen son. Everywhere he turns for help is a dead end, until chance introduces him to Oliver, the capable, captivating omega-and legal advocate. Brax's luck might finally be turning around. But can he trust Oliver with more than just their legal troubles-can he trust him with his secrets? Oliver has everything he could want in life-a successful career, the respect of his peers, an apartment in the city. But not an alpha. Been there, done that. No shifter he's dated could handle the fact that, some days, Oliver's job comes first. When the death of his estranged parents takes him back to his childhood home, he meets Brax-the handsome, troubled doctor who just might be the exception to the rule . . . Contains mature themes.

Bitten By Mistake
by Annabelle Jacobs

Magic in Light
by Krista Street