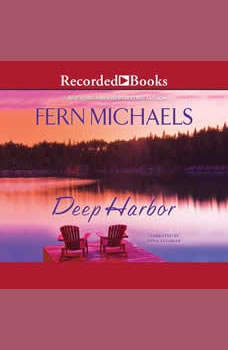 In this stirring new novel, acclaimed #1 New York Times bestselling author Fern Michaels delves into the remarkable ways in which moments of crises can lead to our greatest acts of courage . . . When Carol Ann "CJ" Jansen lost her beloved older brother, Kick, in a boating accident, she came adrift. Kick had taken on the role of caring for his little sister after their parents were killed in a car crash. Inheriting half his fortune has left CJ financially secure-yet needing a purpose. As administrative assistant to powerful congressman Snapper Lewis, she's immersed herself in the exciting and often tumultuous world of politics. But suddenly, the career that anchors her life is threatened. CJ stumbles upon information that could implicate her boss in corruption. When the congressman goes missing, the closer CJ gets to uncovering the truth, exposing one shocking secret after another, the more she wonders if she's also in jeopardy. Moving to a small New England town for her own protection, CJ gradually begins to engage with her new surroundings. Her blossoming friendship with the owner of a charter fishing boat offers the promise of much more. But before she can claim happiness, CJ must navigate a course through all her doubts and fears, and trust that this time, the water that took so much from her might just lead her safely home . . .