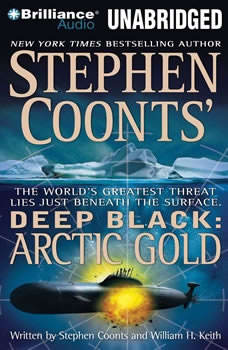 In the Arctic, two American intelligence operatives are kidnapped while investigating Russian submarines—a constant, covert presence beneath the ice caps. In Washington, ex-Marine Charlie Dean and his team at Desk Three trace the abduction back to the Russian mafiya, who have their sights set on the massive reserves of oil that lie thousands of feet below the ocean's floor.While Dean is sent to the Arctic to rescue the hostages, the beautiful Lia DeFrancesca penetrates a heavily guarded dacha on the shores of the Black Sea. Here she learns the explosive truth about Russia and its Arctic oil—one that could cost Dean and his Deep Black team their lives…and drive the world's superpowers to the brink of war.