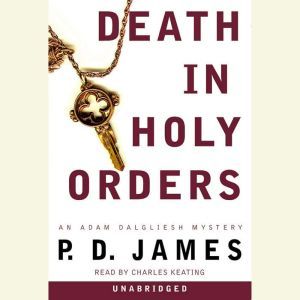 The setting itself is elemental P. D. James: the bleak coast of East Anglia, where atop a sweep of low cliffs stands the small theological college of St. Anselm’s. On the shore not far away, smothered beneath a fall of sand, lies the body of one of the school’s young ordinands. He is the son of Sir Alred Treves, a hugely successful and flamboyant businessman who is accustomed to getting what he wants—and in this case what he wants is Commander Adam Dalgliesh to investigate his son’s death. Although there seems to be little to investigate, Dalgliesh agrees, largely out of nostal-gia for several happy summers he spent at St. Anselm’s as a boy. No sooner does he arrive, however, than the college is torn apart by a sacrilegious and horrifying murder, and Dalgliesh finds himself ineluctably drawn into the labyrinth of an intricate and violent mystery.

Here P. D. James once more demonstrates her unrivalled skill in building a classic detective story into a fully realized novel, gripping as much for its psychological and emotional richness as for the originality and complexity of its plotting—and, of course, for the horror and suspense at its heart. Filled with unforgettable characters, brilliant in its evocation of the East Anglian scene and the religious background against which the action takes place, Death in Holy Orders again offers proof, if proof were needed, that P. D. James is not only the reigning master of the crime novel but also, simply, one of the finest novelists writing today. 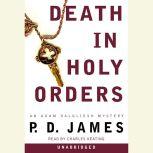 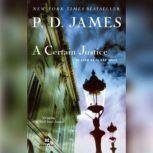 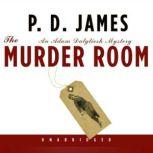