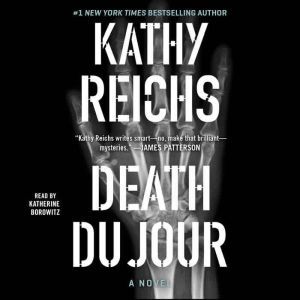 Assaulted by the bitter cold of a Montreal winter, the American-born Dr. Temperance Brennan, Forensic Anthropologist for the Province of Quebec, digs for a corpse where Sister Elisabeth Nicolet, dead for over a century and now a candidate for sainthood, should be lying in her grave. A strange, small coffin, buried in the recesses of a decaying church, holds the first clue to the cloistered nun's fate.The puzzle surrounding Sister Elisabeth Nicolet's life and death provides a welcome contrast to discoveries at a burning chalet, where scorched and twisted bodies await Tempe's professional expertise. Who were these people? What brought them to this gruesome fate? And where are the children?Homicide Detective Andrew Ryan, with whom Tempe has a combustive history, joins her in the arson investigation. From the fire scene they are drawn into the worlds of an enigmatic and controversial sociologist, a mysterious commune, and a primate colony on a Carolina island.Featuring the kind of forensic detail that only Kathy Reichs can provide -- from skeletal reconstruction to insect analysis -- Death du Jour takes the reader on a riveting journey from the morgue to the lab to the crime scene, from the warmth of a barrier island to the frigid cold of a deadly ice storm. With this poignant and powerful work, Kathy Reichs confirms her status as a brilliant new crime-writing star.

Reichs does an outstanding job with accurate details. We are very familiar with the area in Quebec in which part of this story is set, and she is on the money with everything. The contrast of half the book being set in Quebec and half being in the Carolinas, with the murders being linked, yet so far away, keeps you on your toes. You can read this before bed without having nightmares! 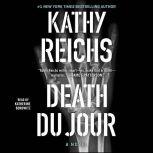