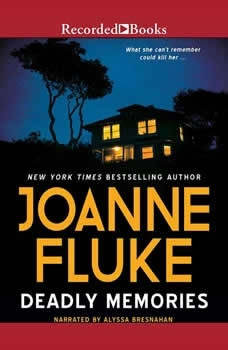 A little knowledge is a dangerous thing. The last thing Maura Thomas remembers before her car careened over a steep embankment is having dinner with her college roommate.over twenty years ago. Everything in between is a blank. Maura has no recollection of her husband, her daughter, or her busy, glamorous existence as owner of a Beverly Hills boutique. Maura can't even be sure that everyone around her is who they claim to be. Is it paranoia or self-preservation that makes her uneasy? And then there are the images starting to fill her head-pictures of a life at odds with everything she's been told. As Maura begins to piece together the fragments of her previous life, she grows convinced that her car crash was no accident. But the moment she remembers the truth she'll find herself at the mercy of a killer determined to silence her forever.