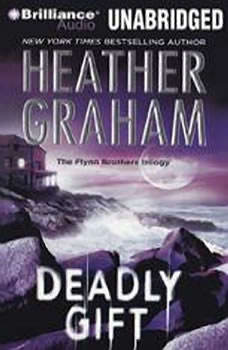 Caer is spending this Christmas among strangers. Brought to Newport, Rhode Island, from her native Ireland to nurse ailing millionaire Sean O’Riley, she’s living a life few can imagine. But money can’t hide the tension between O’Riley’s trophy wife, his paranoid daughter, the eccentric aunt in the attic and the staff members who run the house. When O’Riley’s business partner goes missing, family friend Zach Flynn arrives. Determined to help him solve the case, Caer becomes enmeshed in a mystery that weaves together the sins of the past with one family’s destiny…and a spirit that watches the mansion, possessing a deadly gift.