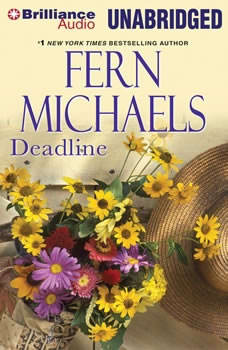 LIFE STARTS NOWToots Loudenberry and her three best friends—Sophie, Ida, and Mavis—are at their best when supporting each other. It’s a shared bond that includes Toots’s daughter Abby, who always finds her godmothers there when she needs them the most . . .Abby has both a personal and professional stake in the story when Laura Leigh, a Hollywood starlet whose main talent seems to be landing in trouble, goes missing. Not only is Abby editor-in-chief at gossip magazine The Informer, but entertainment attorney Chris Clay, her would-be beau, was the last person seen with Laura. And now he’s missing, too.With the help of friends in high—and low—places, Abby and the Godmothers will navigate Hollywood’s glittering inner circles and seedy underbelly to discover the truth. Along the way, they’ll uncover unexpected secrets that no one could have predicted . . .