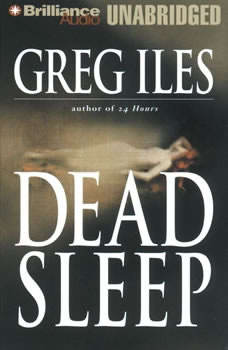 Jordan Glass, a photojournalist on a well-earned vacation, wanders into a Hong Kong art museum and is puzzled to find fellow patrons eying her with curiosity. Minutes later, she stumbles upon a gallery containing a one-artist exhibition called "The Sleeping Women," a mysterious series of paintings that has caused a sensation in the world of modern art. Collectors have come to believe that the canvases depict female nudes not in sleep but in death, and they command millions at auction. When Jordan approaches the last work in the series, she freezes. The face in the painting seems to be her own.This unsettling event hurls her back into a nightmare she has fought desperately to put behind her—for, in fact, the face in the painting belongs not to Jordan but to her twin sister, murdered one year ago. At the urging of the FBI, Jordan becomes both hunter and hunted in a duel with the anonymous artist, a gifted murderer who knows the secret history of Jordan's family, and truths that even she has never had the courage to face.