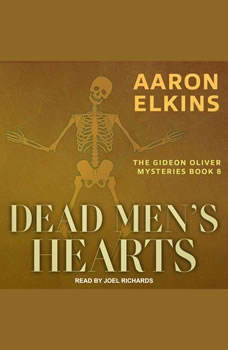 An ancient skeleton tossed in a garbage dump is the first conundrum to rattle Gideon Oliver when he arrives in Egypt. There to appear in a documentary film, he expects an undemanding week of movie star treatment and a luxurious cruise up the Nile with his wife, Julie. But when Gideon discovers a tantalizing secret in the discarded bones—and violence claims a famous Egyptologist's life—he is thrust into a spotlight of a different kind. Plying his calipers as the world's foremost forensic anthropologist, Gideon's investigation of the goings-on leads him through the back alleys and bazaars of Cairo and deep into the millennia-old tombs of the Valley of the Kings. As the puzzle is painstakingly pieced together, Gideon will find that the identifying traits of a cunning killer are the same now as they were in the time of the pyramids: greed without guilt, lies without conscience . . . and murder without remorse.