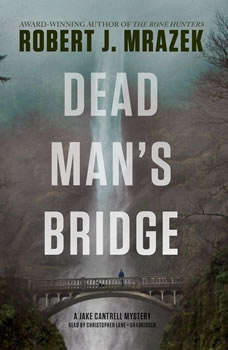 Disgraced former army officer Jake Cantrell and his pal, Bug, a wolf-dog he saved while in Afghanistan and the only friend he has left, try to put their bitter pasts behind them as Jake finds employment at the bottom rung of the campus security ladder of a small upstate New York college. But things only turn for the worse when the colleges richest and most powerful alumnus is found hanging from a campus footbridge on the eve of homecoming weekend.Jake is convinced the man was murdered, but with no honor to his name, no one agrees?at least not until a second body is found hanging from the same bridge. Unable to push aside his military training, Jake and Bug find themselves working to bring justice to the small college town. But as a vicious hurricane sweeps up the Eastern seaboard and the colleges homecoming weekend rapidly unfolds, the clock is ticking, and its only a matter of time before the killer strikes again.