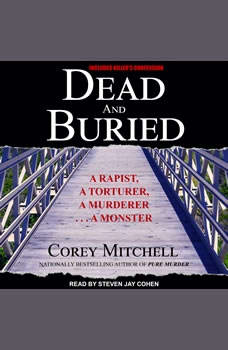 Two young, attractive women. Both savagely attacked, brutalized, raped, and murdered. Rachel Newhouse disappeared on the night of November 12, 1998, in San Luis Obispo, California. Only months later, in the same town, Aundria Crawford lost her life in an act of unimaginable violence. As authorities worked to find clues to the killer's identity, parole officer David Zaragoza paid a routine visit to one of his charges—Rex Allan Krebs, a violent serial rapist who'd served only ten years of a twenty-year sentence. After sending Krebs back to jail for violating his parole, Zaragoza found a keychain belonging to one of the victims. An intensive search led to the gruesome discovery of buried remains near Krebs's secluded cabin. In his confession, Krebs asked, "If I am not a monster, then what am I?" A jury responded by sentencing him to death by lethal injection.