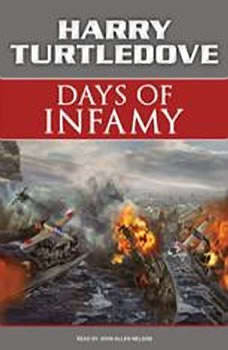 Days of Infamy: A Novel of Alternate History

On December 7, 1941, the Japanese launched an attack against U.S. naval forces stationed in Pearl Harbor, Hawaii. But what if the Japanese followed up their air assault with an invasion and occupation of Hawaii? This is the question explored by Harry Turtledove in Days of Infamy, with frightening implications. With American military forces subjugated and civilians living in fear of their conquerors, there is no one to stop the Japanese from using the islands' resources to launch an offensive against America's western coast.