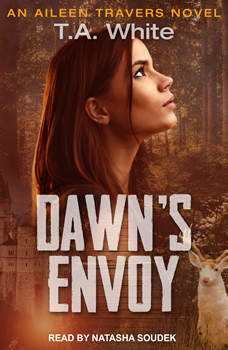 A favor owed, a hunt like no other. A courier for the shadow world no more, Aileen's former protection is gone. Alone but still defiant, she survives one night at a time. Sure, working a dead-end job isn't part of every young vampire's dreams, but it pays the bills. When the darkly seductive Liam calls in a favor, she'll find her carefully constructed world tilting on its axis as he draws her into a dangerous game against a wily enemy. The High Fey-creatures as powerful and beautiful as they are deadly-have come to town, their motivations unclear as lines are drawn and shadowy alliances made. And with them, they bring their Wild Hunt where everyone is either predator or prey. Betrayed and marked as its quarry, Aileen will find surviving until dawn has never been this hard. The only thing that might save her-are the vampires she doesn't trust.