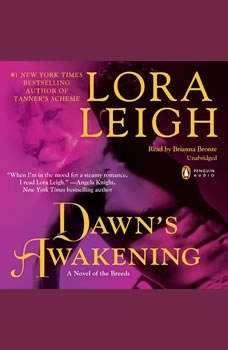 The runt of the lab she was created in, Dawn Daniels endured years of torture by her pride brother and the council soldiers. Finally freed from her torment, she's now a Breed Enforcer, in control of her own life. Until she's assigned to protect the one man destined to be her mate- and realizes it's far too easy to lose total control.

It was so hard to put this book down. I loved all the characters. The relationship between Seth and Dawn was wonderful. They had such tenderness and love for each other. I loved how Seth cherished Dawn. A must read!