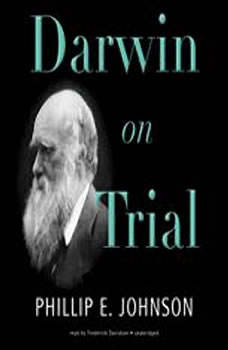 Is evolution fact or fancy? Is natural selection an unsupported hypothesis or a confirmed mechanism of evolutionary change? Darwins theory of evolution is accepted by most educated Americans as simple fact, but what if this idea is wrong? What if evolution is just a word that covers up scientific ignorance of how the wonders of the living world may have been created? Berkeley law professor Phillip Johnson looks at the case for evolution with a lawyers cold, dispassionate eye for logic and proof. What he finds is that scientists have put the cart before the horse: they have prematurely accepted Darwins theory and have since been scrambling to back it up, mostly unsuccessfully. As the difficulties piled up, scientists have clung to the theory out of fear of encouraging religious fundamentalism, but in the process, they have turned Darwinism into a religion of its own. Johnsons relentless pursuit to follow the evidence wherever it leads remains as relevant today as it has ever been.