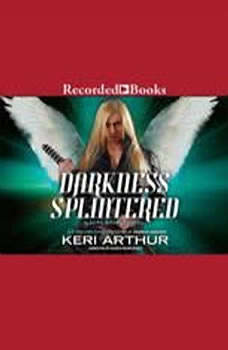 New York Times bestselling author Keri Arthur continues her Dark Angels series as half-werewolf, half-aedh Risa Jones races to save the world from descending into ultimate chaos.... Risa has angered several powerful people, and she' s starting to feel the pressure from all sides. She also finds herself under the scrutiny of the vampire council, some of whom consider her a monster who should be destroyed. But they offer her a bloody bargain: Take on the lethal head of the council and others will support her. As the search for the keys to hell heats up, Risa realizes that she has no choice. For the sake of the people she loves, she must find the keys-- and get rid of Hunter-- before the next gate is opened and brings the world closer to all hell breaking loose...

"Keri Arthur, New York Times bestselling author of Fireborn, presents the thrilling new Souls of Fire Novel featuring Emberly Pearson, a phoenix that can transform into a humanand is haunted by the ability to foresee death....Crimson Death, the plag...

In a universe where assassins make the law, everyone lives in fear—except for Syn. Born of an illicit scandal that once rocked a dynasty, he always knew how to survive on the bloodthirsty streets. But that was then, and the future is now&helli...

Emberly and her red hot partner, Jackson, have hit an impasse in their battle against the crazed humans infected by a plague-like virus derived from vampire blood. Their quest to unearth the leader of the group leads them into an ambush-and leaves E...

In the Ichidian Universe where The League is law, most live in fear. We fight back. Welcome to a world where corrupt assassination politics dominate everyone. It's kill or be killed. Welcome back to the future…and meet hell's new breed of her...

New York Times bestselling author Keri Arthur brings her Dark Angels series to a breathtaking conclusion as half-werewolf, half-aedh Risa Jones treads a knife's edge between the salvation of the human race and its total annihilation. The search for ...

From New York Times bestselling author Keri Arthur comes a brand new series featuring heroine Emberly Pearson-- a phoenix capable of taking on human form, and cursed with the ability to foresee death Emberly has spent a good number of her many lives...

Nikki Glass can track down any man. But when her latest client turns out to be a true descendant of Hades, Nikki now discovers she can't die. Crazy as it sounds, Nikki's manhunting skills are literally god-given. She's a living, breathing descendant...

New York Times bestselling author Keri Arthur returns to the enthralling Guardian World—and a twilight realm of danger and desire… Risa Jones, half-Aedh/half-werewolf, can enter the realm between life and death. She can speak to the dyi...