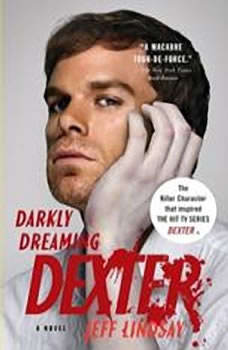 Meet Dexter Morgan, a polite wolf in sheep’s clothing. He’s handsome and charming, but something in his past has made him abide by a different set of rules. He’s a serial killer whose one golden rule makes him immensely likeable: he only kills bad people. And his job as a blood splatter expert for the Miami police department puts him in the perfect position to identify his victims. But when a series of brutal murders bearing a striking similarity to his own style start turning up, Dexter is caught between being flattered and being frightened–of himself or some other fiend.

With terrific narration, and a story that varies just enough from the briliant Showtime series Dexter, Darkly Dreaming Dexter is a top-notch listen. It's not for the squeemish, but the blood should not be a turn-off for those who normally don't like serial killer books. Dexter is one of the smartest, most enjoyable characters to hit any genre ever.