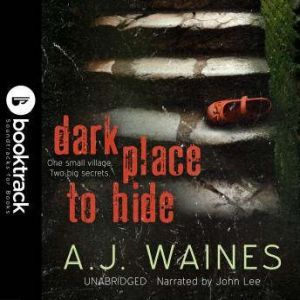 This edition of Dark Place to Hide is enhanced with a musical soundtrack from Booktrack for an immersive listening experience! She’s trying to tell you—if only you’d listen… About to break the news to his wife, Diane, that he’s infertile, criminology expert Harper Penn gets a call to say she’s been rushed to hospital with a miscarriage. Five days later, when Diane fails to return from the village shop, police think she must have taken off with a secret lover, but Harper is convinced the online messages are not from her. In the same Hampshire village, plucky seven-year-old Clara has retreated into a make-believe world after an accident. Then she, too, goes missing. As Harper sets out on a desperate quest to find them both, he has no idea what he’s up against. Could the threat be closer than he thinks? And is there a hidden message in Clara’s fairy tales? Dark Place to Hide is a chilling psychological mystery with a cold-blooded deviant lurking at the core.