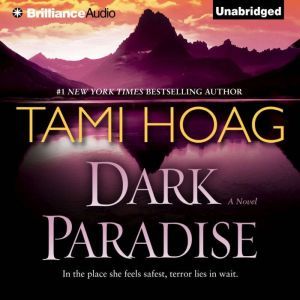 New Eden, Montana, is a piece of heaven on earth where one woman died in her own private hell. Now it’s up to ex-court reporter Marilee Jennings to decipher the puzzle of her best friend’s death. But someone has a stake in silencing her suspicion. Someone with secrets worth killing for—and the power to turn this beautiful haven into a...Dark Paradise.And as Mari digs deeper beneath New Eden’s picture-perfect exterior, finding the truth is suddenly no longer a matter of justice.It’s her only hope of staying alive.