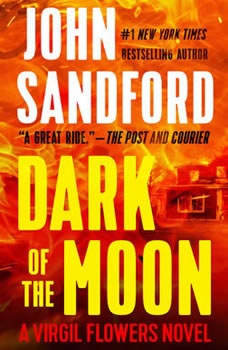 Dark of the Moon

Short and sweet- This is an excellent book and I cannot wait for the next go round with Virgil Flowers. It's a well thought out plot with snappy chatter. I really enjoyed this one.

I enjoyed this book. It is a really good listen

Dark of the Moon
A Virgil Flowers Novel