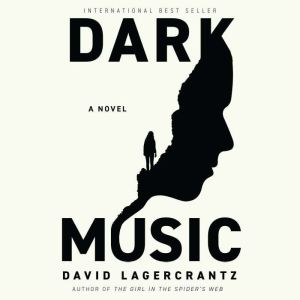 INTERNATIONAL BEST SELLER • Inspired by Sherlock Holmes, an exhilarating new thriller from the best-selling author of The Girl in the Spider’s Web—a murder investigation in which two unlikely allies race to uncover a shadowy international conspiracy.

Professor Hans Rekke is a world authority on interrogation techniques, capable of dizzying feats of logic and observation. He was born into wealth and power and has a picture-perfect wife and daughter. But he also has a fragile psyche that falls apart under pressure.

Micaela Vargas is a street-smart police officer, the daughter of Chilean political refugees, who grew up in the projects on the outskirts of Stockholm and has two brothers on the wrong side of the law. She is tenacious and uncompromising, and desperate to prove herself to her fellow cops.

Micaela needs Hans’s unique mind to help her solve the case of a murdered asylum-seeker from Afghanistan. Hans needs Micaela to save him from himself. Together, they need to find the killer before they’re both silenced for good.