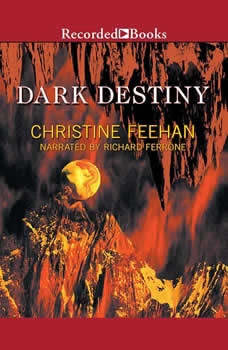 New York Times best-selling author Christine Feehan skillfully weaves strands of the paranormal and romance to create her suspense-filled novels. When Destiny was only a child, her family was murdered and she was transformed into a Carpathian-a powerful and shadowy creature of the night, but not quite a vampire. Destiny shares a telepathic connection with Nicolae, her mentor. But now Nicolae needs to find her, or he may lose his soul and succumb to darkness forever.

At exactly 7:30 p.m., Walter Pettibone arrived home to over a hundred friends and family shouting, "surprise!" It was his birthday. Although he had known about the planned event for weeks, the real surprise was yet to come. At 8:45 p.m., a woman wit...

Dante had been courting his victim in cyberspace for weeks before meeting her in person. A few sips of wine and a few hours later, she was dead. The murder weapon: a rare, usually undetectable date-rape drug with a street value of a quarter million ...