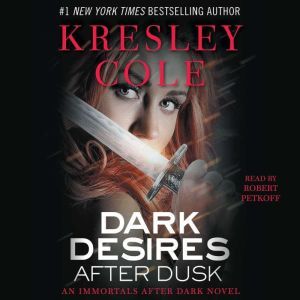 RITA Award-winning author Kresley Cole continues her bestselling Immortals After Dark series with this electrifying tale of a ruthless demon mercenary and the lovely young halfling who enchants him. A seductive beauty he can never have, yet can't resist... Cadeon Woede will stop at nothing to atone for the one wrong that will haunt him forever. But once he secures the key to his redemption, the halfling Holly Ashwin, Cade finds that the woman he thought he could use for his own ends and then forget haunts him as much as his past. A tormented warrior she should fear, but can't deny... Raised as a human, Holly never knew that some frightening legends are real until she encounters a brutal demon who inexplicably guards her like a treasure. Thrust into a sensual new world of myth and power, with him as her protector, she begins to crave the demon's wicked touch. Surrender to dark desires... Yet just when he earns Holly's trust, will Cade be forced to betray the only woman who can sate his wildest needs -- and claim his heart?

I went in to reading these books, feeling fairly skeptical, but have found a new author I enjoy reading because of it. Despite the quite unbelievable fantasy realm depicted, she did an admirable job of bringing it to life, and bringing a sense of uniqueness to the various races within her world. The characters themselves were well developed, with both flaws and virtues, and within their creation their behavior was quite believable, ***isting in the suspension of disbelief. Further more, the humor with which she writes is refreshing. It's not over the top slapstick, but it is campy at times. It works well though, with how she writes it in. Obviously, as this is in the romance genre - you won't be looking for great mystery solving or overly deep plots, but you will find a fun read that keeps you going to the end. I'll be looking for more of her books now! 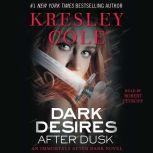 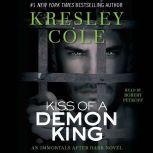 Kiss of a Demon King
Immortals After Dark #7